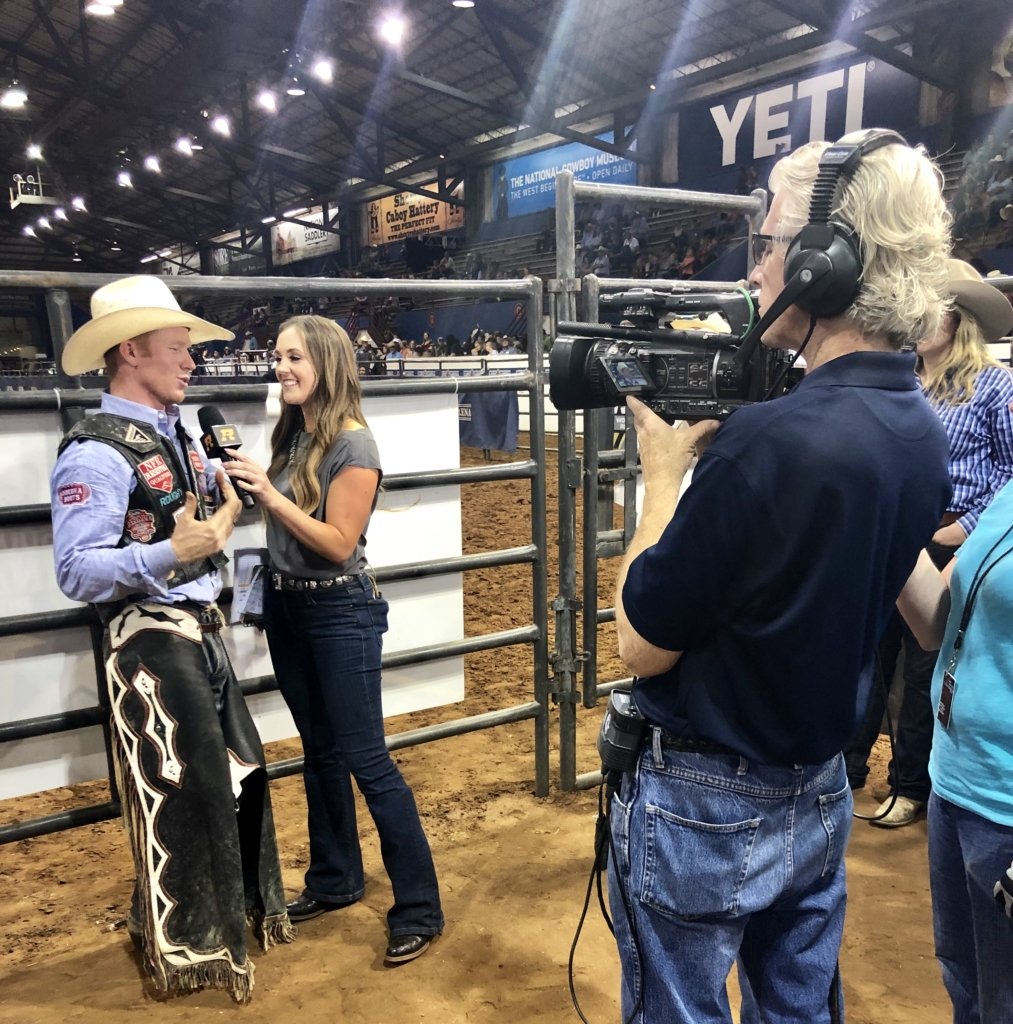 I was just one of those kids that was very into talking and my parents never really discouraged me and put me in acting classes which got me more into doing Improv. I was also so into movies and film. I actually went to school to be a film producer. I liked producing a lot and my dad is from the Western Industry and I interned at the NFR. I showed up got coffee and realized how much I loved Live event television. I was an intern for a year, I got hired to be an associate producer. Secretly I was always interested in being on camera. I had a lot of fun with it and eventually I realized on camera is a lot better than public speaking.

Competitively I started in Junior High, in High School. Barrel Racing is a fan favorite because it is the easiest to understand. It's three barrels in a triangle and the fastest time wins. Its probably the simplest event in rodeo. It's a lot of fun, once you get a horse going that fast!

The Extreme Broncs Events are amazing but I come from a rough stock background so I did a year with PBR velocity tour. I did that before I came over to Cowboy Channel. For me going to different events is really fun! I work on Western Sports Roundup which is the Daily News show on Cowboy Channel from 5-6. I get to the office, talk to my producer, figure out what will be on the show. We research as much as we can to cram into an hour show. I have to do a few live hits, you do a lot of producing at an event, you have to call contestants, set up an interview. During the afternoon I help produce a lot for Rodeo Tonight for Justin Mckee. We do sideline interviews for the actual rodeo. It's fun its never the same!