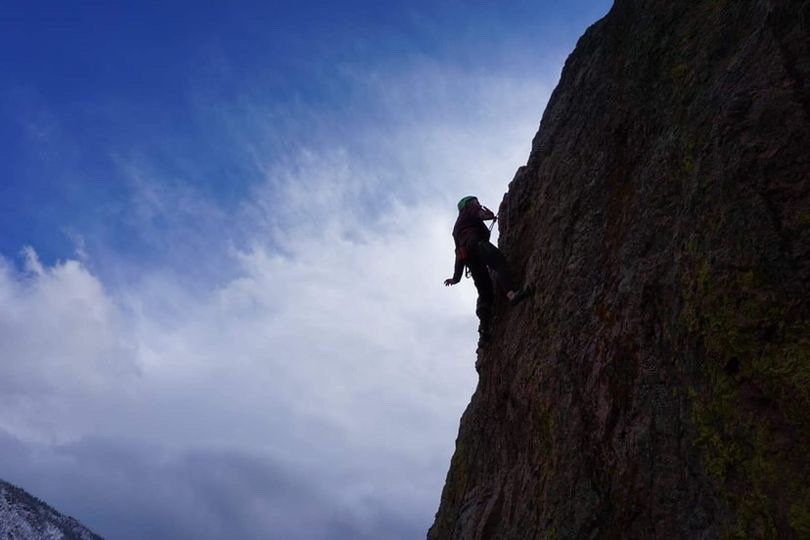 How rock climbing helps mental illness -       When Caitlin Charlton started rock climbing it was in her high school years, suffering with what seemed to be depression at the time, she wanted an outlet. Little did she know that outlet would later be turned into a form of therapy. Over the years her hobby of rock climbing became her profession and one she doesn’t take lightly. As a journalist, I’m constantly meeting people I wouldn't otherwise meet but Caitlin seems to be the exception. With years under her belt and only three months since I started climbing, I had a lot to learn, thankfully Caitlin was helpful and I started to experience why Caitlin loved rock climbing so much.

Caitlin spoke with me about how what she thought was depression was actually Bipolar Disorder. "As I was working with my therapist, she had a psychiatrist that could give me an official diagnosis, so I knew fall of that year and that's when I got diagnosed with Bipolar." While this experience is not uncommon.

This is when I knew I had experienced what Caitlin had. While Caitlin has Bipolar unlike me, I spoke with her telling her when I was depressed it was like being in a video game, you can’t connect to anything.

Caitlin nodded and agreed as a smile formed on her face.Caitlin started to explain her own battles with Bipolar, “You don’t really feel like you’re there, like it’s not you… In my depressive episodes I’m not active at all, I don’t do anything I just kind of zone out and I’m super disengaged from everything.”

These experiences she was talking about came as a relief almost for me because I had experienced the same things during my depression. I felt a sense of connection to Caitlin, but as the interview went on I realized people who have been depressed, even, don’t understand it as much as I thought.

Caitlin went on to say, “I feel like people who even experience depression, it’s even hard to understand how extreme those moments can be. So just being outside and getting out and hiking and immersing myself in outdoor activity, I think for me, is the best way to get out of that.”

This showed me how vital moments outdoors can be and how important it is to take a closer look at mental illness.